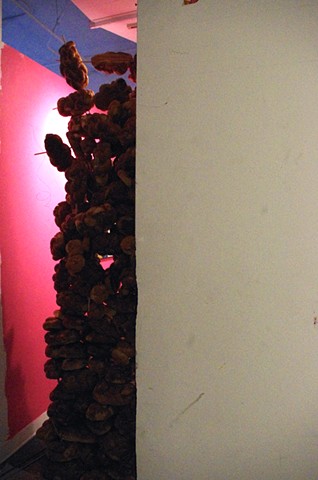 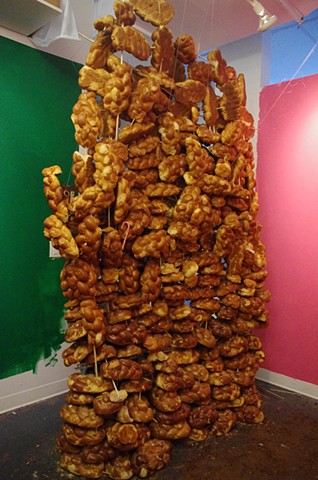 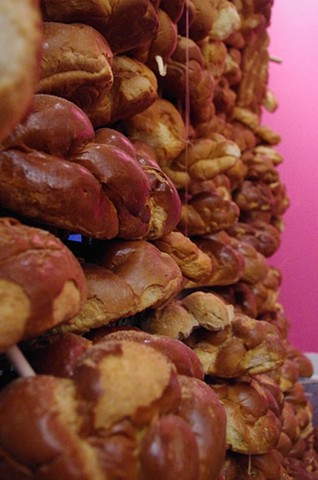 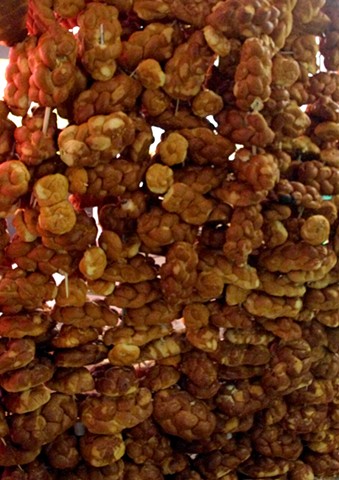 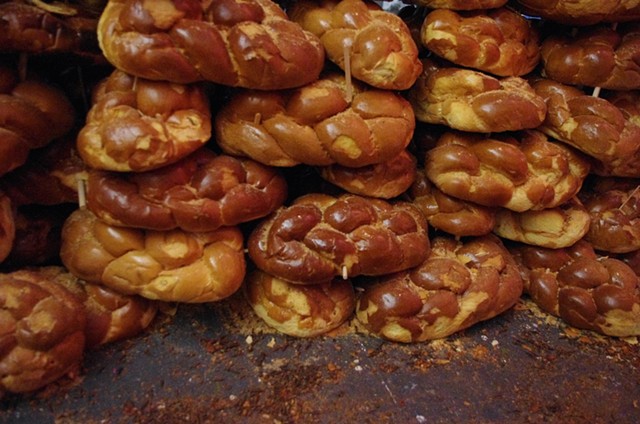 Judaism is obsessed with separation: physically, spiritually, emotionally, and psychologically. To live a Jewish life is to live a life full of boundaries.15 This division is reflected in the way Jews eat (separating dairy from meat) to the way they pray (dividing men from women). It can be seen in Israeli geography from the ancient walls that divide the Old City of Jerusalem from the New City, to the “Separation Fence” that divides Israel from Palestine and the Occupied territories.

Havdalah, or “Separation,” is a place built on remembrance, ritual, and division. This site-specific, sensory installation accesses history through the material, the symbolic, and the functional. I borrowed the name from the Saturday night ceremony that separates the holy Sabbath (lit. Saturday, day of rest) from the rest of the week.

Challah bread is eaten as a part of the ancient and eternal Jewish holiday of Shabbat. In this installation, this traditional bread took the place of bricks, laid one upon the other, and suspended between the floor and the ceiling. With approximately 400 loaves of challah that blocked off access to my studio, the freestanding ~11 ft. wall referenced the divisions that tradition can cause. The conformity, mass, and placement of the minimal structure associated it both with the idea of monument and separation borders. Aromatic herbs and spices (Besamim) like whole cloves, smelled and blessed with the ending of each Shabbat, filled the room. The wall stood for one month, over the course of which interactive and performative events occurred in the space as a way to contemplate the purpose and effect of ritual and imagined community. The last event was a private one of me breaking the wall down alone in my studio, documented in a video called Angry Jew Breaking Down the Wall.