This gallery includes performance sketches for a project currently in progress. 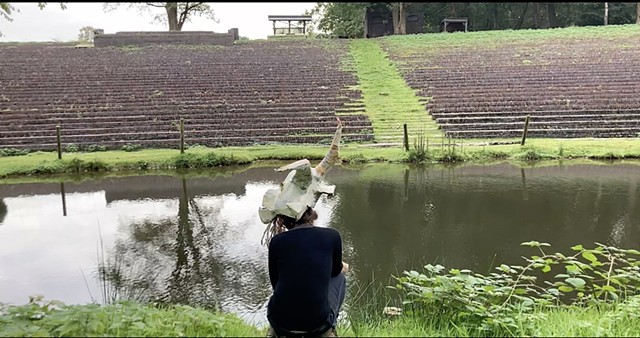 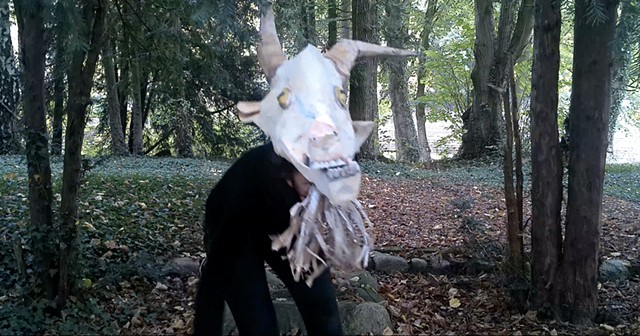 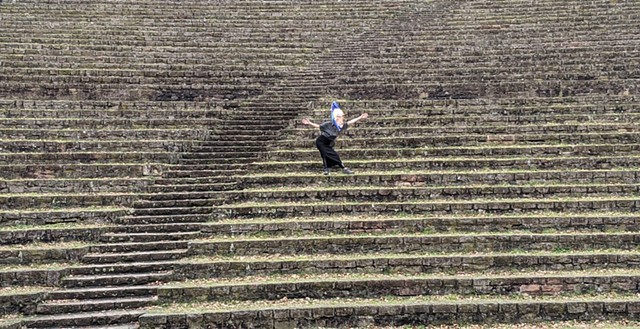 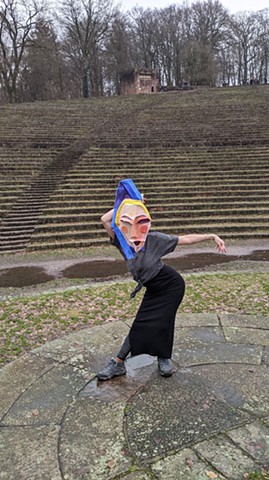 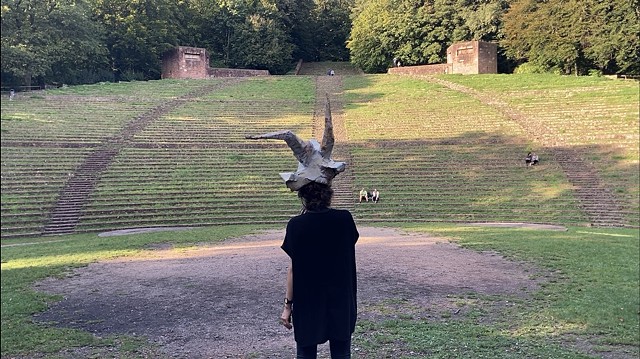 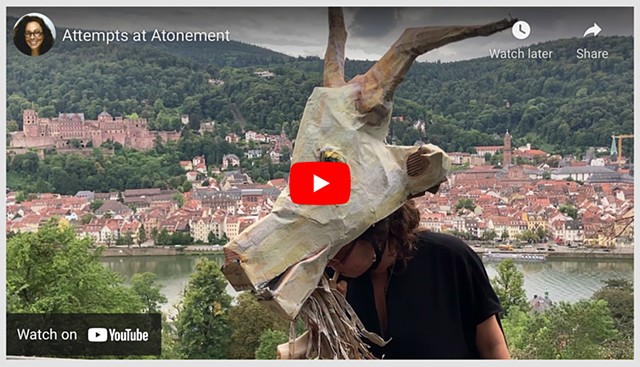 Coined by academic Carl Niessen in 1933 and propagated by the Ministry of Propaganda thereafter, the Thingspiele were performed drama and ritual in and of themselves. The movement was a vehicle for meetings, theatre and propagandistic presentations within an open-air setting; an environment embedded into nature and chosen for its historical significance. (Toepfer 317-19)

This setting housed an immersive, multi-disciplinary and new type of theatre for the masses, designed to “intensify historical events [and] to create a mythical, universal, unambiguous reality beyond reality.” (Englhart, 869–80) Out of the 400 Thingspiele stages that were planned, approximately 60 were built between 1933 and 1936.

Many of the locations are entertainment venues today while others act as World War I and World War 2 (WWII) memorials or are left unkempt and unpreserved. Through my research and conversations with German archivists, I have learned that of the existing literature written on the Thingspiele, most discuss it in the context of a pre-war white nationalist movement. Few consider the Thingspiele’s expressionistic roots and none mention its similarity to (and possible relationship with) Yiddish theater of the late 19th century. Yiddish Spiele, much like Thingspiele, were interactive experiences that aimed to educate as well as entertain their audience; using religious references, repetition and ritual to impart specific values and morality.

With the support of Fulbright Germany and hosted by Karlsruhe Institute of Technology Archives and the Hochschule für Gestaltung Karlsruhe, I am looking closely at the formation and disbandment of the Thingspiele movement to uncover Karlsruhe’s artistic, cultural and social networks of coexistence that predate WWII and to further understand German society’s complex relationships with these sites today. I am revisiting the Thingstätte locations as stages for collaboration; reclaiming and reinventing its history and place to understand and unpack my and the participants’ shared trauma and propagate the morals and values of my collaborators.

Carried out both alone and with large groups of participants, this investigative performance series will build a platform for partnership, conversation and narrative by merging tropes of German and Jewish folk dance and ritual.