"A Baby’s Gotta Do What A Baby’s Gotta Do” is an installation featuring three oil paintings and papier-mache sculpture depicting a Maccabean battle scene with characters from Rugrats (a children’s cartoon from the 1990s whose protagonists are a group of adventurous babies) playing the part of the Maccabean warriors and victims. The choice to replace the characters and use slime and yarn in place of blood reflects the censorship and/or omissions in the stories we pass down to our children; the playful reduction that makes tribal, nationalist and moral hypocrisies fun, educational and easily digestible. This installation was made at Vermont Studio Center and exhibited at In Fluid, Pratt Institute (Brooklyn), 2017, curated by Dakota Sica of the Java Project and the Leslie Feely Gallery as part of Pratt’s Alumni Exhibition. 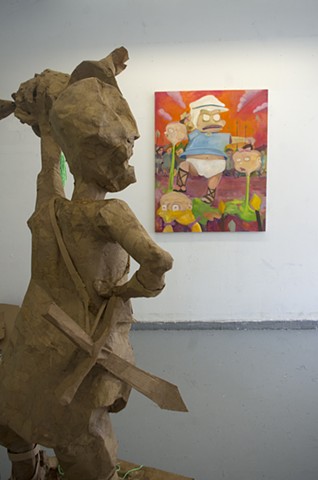 Thomas The Terrible with Portrait 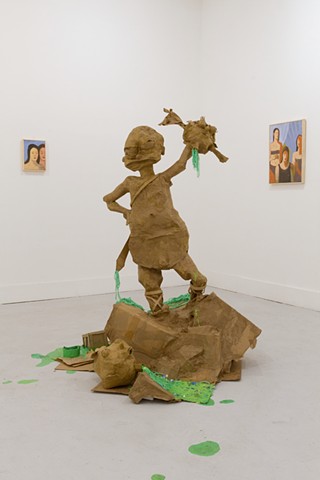 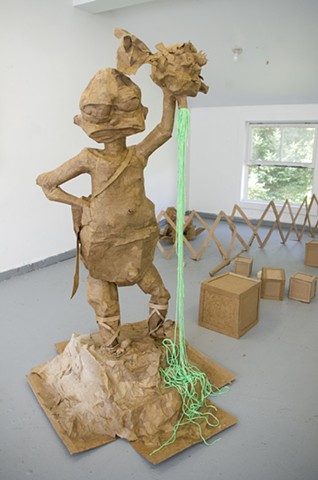 The True Meaning of Chanukah 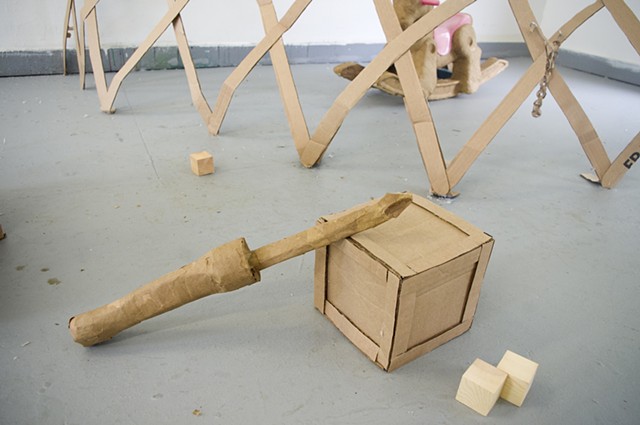 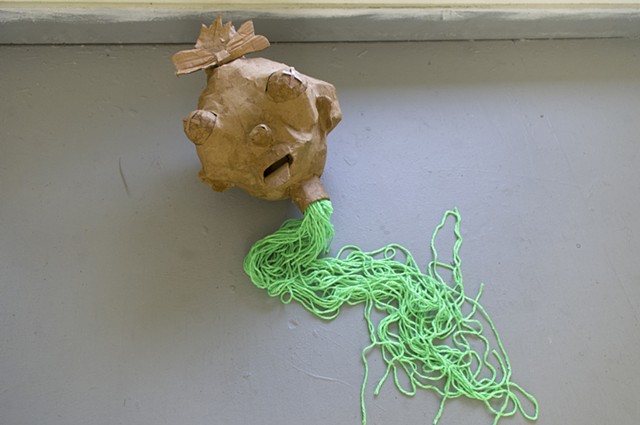 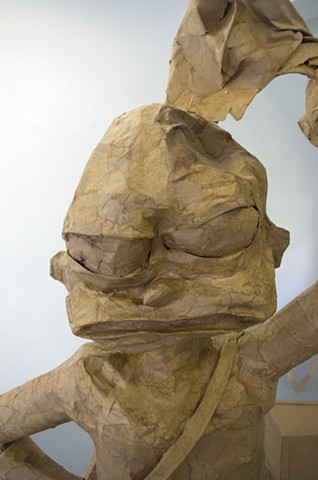 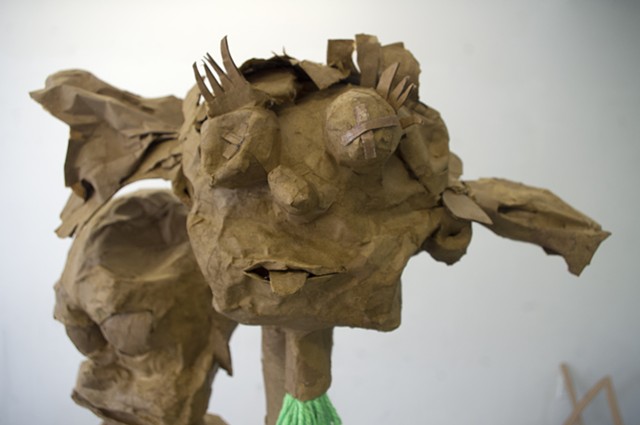 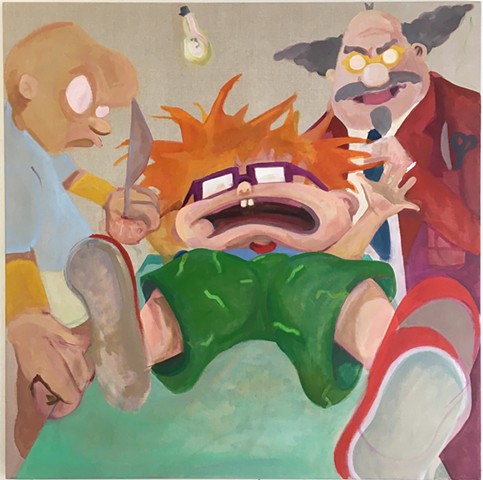 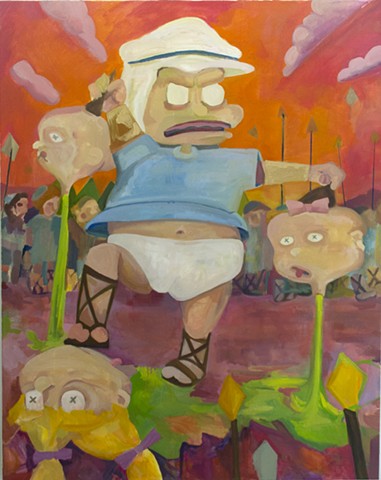 Thomas the Horrible
Oil on Canvas